Where is AI really today? 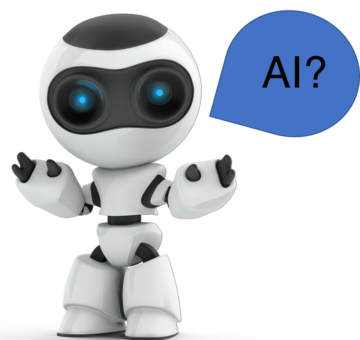 AI was one of the most hyped topics of 2017. But where is AI really today? We have previously discussed AI and what it can achieve and today we want to talk some about the highlights from The 2017 AI Index Report that discuss the development of AI in research, education, startups and the general improvement of AI technology and algorithms.

We are essentially “flying blind” in our conversations and decision-making related to Artificial Intelligence.

In this article we talk about AI in research, education and startups. Which milestones it have reached and how good it is compares to humans. If you want to deepen your knowledge about AI, read more bout our course.

The number of AI papers produced each year has increased by more than 9x since 1996. A trend since 2010 is that AI papers are not only produced in the department of Data Science, a third of all papers are now written elsewhere.

The number of students that enrolled AI courses has grown rapidly the last years. At Standford University Introductory AI class enrollment has increased 11x since 1996. The share of jobs requiring AI skills in the US has grown 4.5x since 2013.

The share of jobs requiring AI skills in the US has grown 4.5x since 2013.

Improvements of AI – better then humans?

How are AI systems today? In the first picture below you can see the performance of AI systems on a task to recognize speech from phone call audio, where the systems now have reached humans in performance. In the second picture you can see error rates for image labeling and that they have fallen from 28.5% to below 2.5% since 2010 and have now improved to better then humans.

The AI systems are as good or better the humans in recognizing speech from phone call audio and image labeling.

The AI systems are not (yet) as good as humans in giving open-ended answers to questions about images or to find the answer to a question within a document.

Machine performance may degrade dramatically if the original task is modified even slightly.
From The 2017 AI Index Report

Despite the difficulty of comparing human and AI systems, it is interesting to catalogue credible claims that computers have reached or exceeded human-level performance. Still, it is important to remember that these achievements say nothing about the ability of these systems to generalize. We also note the list below contains many game playing achievements. Games provide a relatively simple, controlled, experimental environment and so are often used for AI research.